Set in year 1870, you set sail in this amazing electric-powered submarine, assuming the role and motive of Captain Nemo as you travel across the seas on missions of science, exploration, anti-Imperialism, and War!

With this supercharged second edition of Nemo's War, prepare yourself for the adventure of a lifetime!

I’ve never before or since come across a game that’s truly solo. Yes it has a multiplayer variant but this is a solo game. It’s tough too. I got to the end without dying and found out my points were too low so I lost anyway. There’s lots of ways to play, lots of outcomes, I’ll be playing this many times. 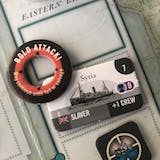 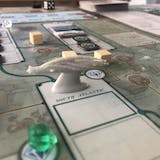 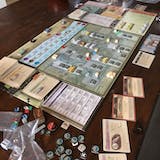 Signup for our newsletter
© 2022 Hobby Games.
Product has been added to your wishlist.
You can view your wishlist by creating or login account.
Please create account through ##customer_email## email
Login Register
2
×
Welcome Newcomer
x